TL;DR: Yes, Fontself Maker for Illustrator runs fine on both systems. However, the extension for Photoshop runs only under Rosetta on Apple Silicon.

With the introduction of new hardware, Adobe is progressively discontinuing some of the core technologies used to run Fontself Maker, like CEP extensions & Generator in Photoshop.

Also, on Apple’s newest computers with M1, M2 & co, apps may run natively or via an emulator called Rosetta 2 (which is for legacy apps that run on Intel x86 CPUs). Intel-only apps will automatically launch via Rosetta 2 but you can decide to launch a universal app either natively or via Rosetta (which can mitigate the issue in the short-term).

We don't have a planned release yet, but until we ship a new solution here’s the status:

⛔️ Photoshop (native): CEP extensions will NOT run at all

To keep using Fontself Maker in Photoshop on Apple Silicon, you must the relaunch the app via Rosetta - as instructed below.

⛔️ Photoshop (native): CEP extensions will NOT run at all

How to run apps via Rosetta 2 on Apple Silicon 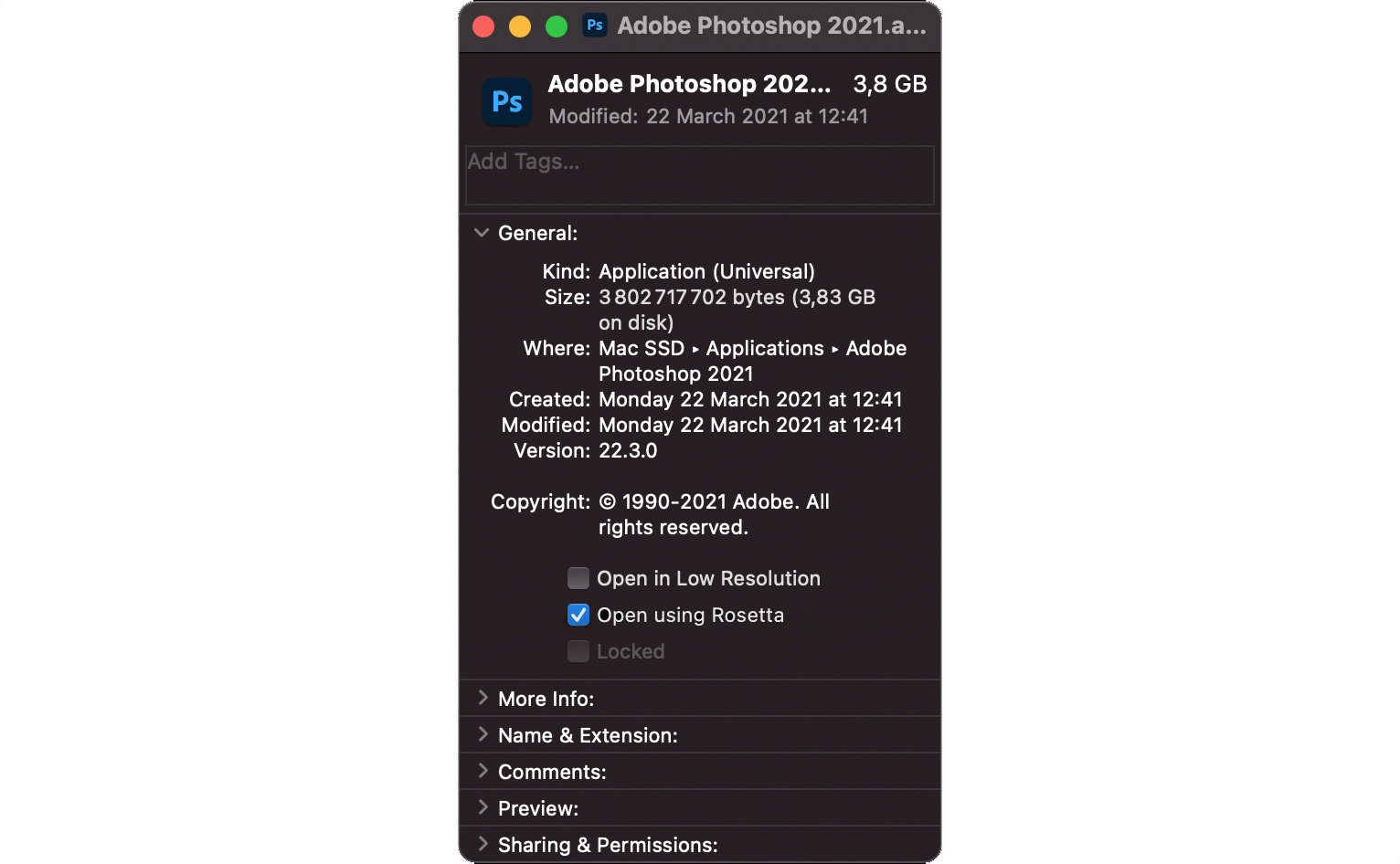