View all your glyphs to design or review your fonts

A template file is provided to help you identify key characters. It can also be helpful to test proof a font you have already created (to make sure it is not missing any specific character).

You can load this Font Template from the top-right drawer icon.

You can of course also rename all characters and customize the specimen to fit your specific needs (and shoot us a message so we can hear about the custom templates or specimen you need). 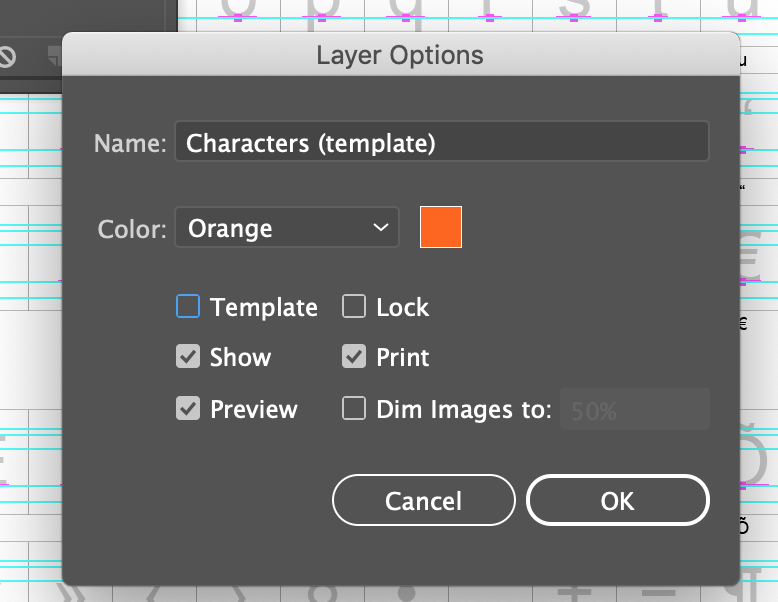