Written by Mohamed
Updated over a week ago

Alternates let you define multiple glyphs for a letter, a digit, a symbol or any other character of your alphabet, so your font ends up with a main glyphs, and secondary, alternate glyphs.

Alternate glyphs can vary in form, spacing or even color (mind that while color fonts are only supported in InDesign CC 2019+, Illustrator CC 2018+ and Photoshop CC2017+, alternate glyphs can be used in older versions of Adobe apps, Apple Pages, Keynote).

Mind that Microsoft Word does not support standard alternate glyphs.

The OpenType format defines an alternate as a substitution of a glyph by another one, picked from a defined set of possible glyphs. Many types of substitution are defined to cover all languages needs (contextual, stylistic, access all, etc.). To keep things simple, Fontself Maker currently defines only one type of alternates, called aalt for access all alternates. This type makes all alternates of a selected character always accessible.

Alternates can be created in 3 different ways:

Each time you try to create a glyph for a character that already exists in your font, Fontself Maker proposes to create an alternate for this glyph:

You can create as many alternates as you wanted for any glyph, except for ligatures.

Alternates are always sorted and named on basis of their creation order.

For instance here, A has two alternates named alt1 and alt2. If alt1 is removed, alt2 takes its place and becomes the new alt1.

How to switch/edit/replace a main character by an alternate?

Just import the alternate glyph shape, assign it with the same character again and pick Replace to override the main one.

How many alternates can be created?

Since Fontself Maker 3.2, your font can't exceed a total of 2303 alternates and ligatures. In ealier versions, this limit was 767.

Display and use alternates in Fontself Maker

Each time you select a character in Live Previews, Spacing Pad or Kerning Pad, its alternates are displayed and pickable like this:

In the spacing table, alternates are always following their primary glyph and are numbered with superscript index:

In kerning table, alternates are accessible via a dropdown list and can be kerned like regular glyphs: 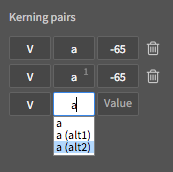 Use alternates in Adobe apps

Illustrator, Photoshop and InDesign let you display and pick alternates just by selecting the character like in Fontself Maker. You can also display your entire glyph table with all alternates via Window > Glyphs. 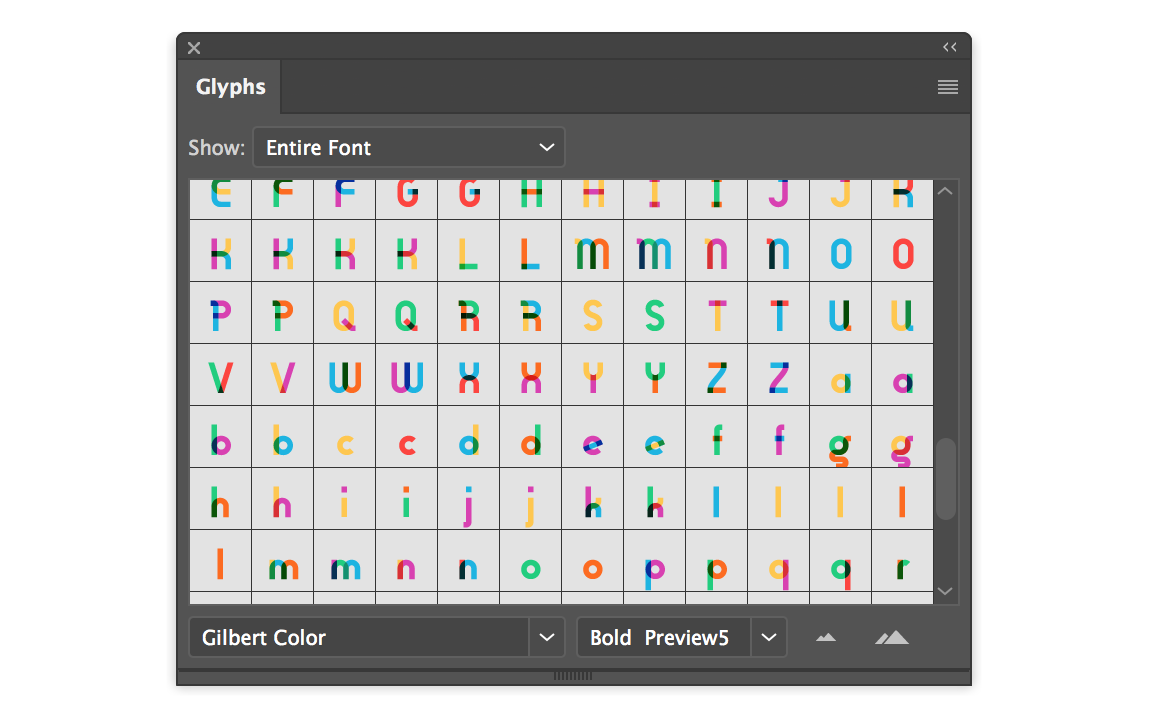 Enable alternates in other apps 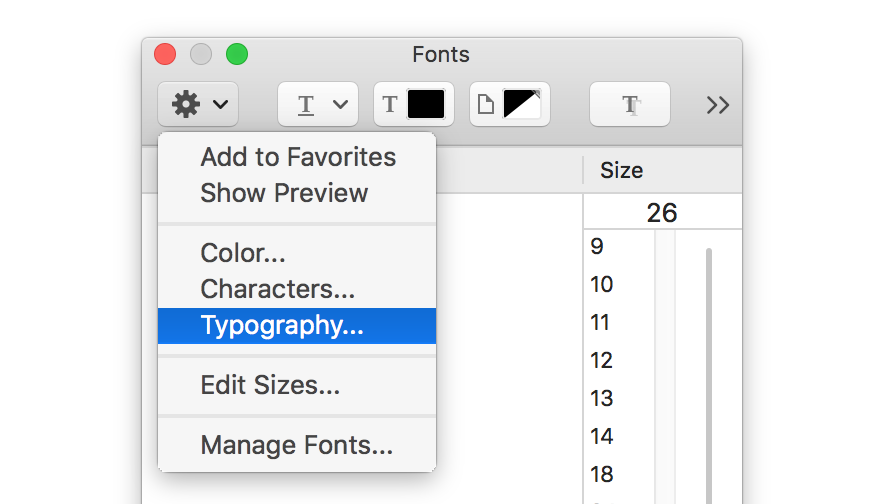 Here you have access to a typography submenu that lets you enable multiple features, in particular alternates: 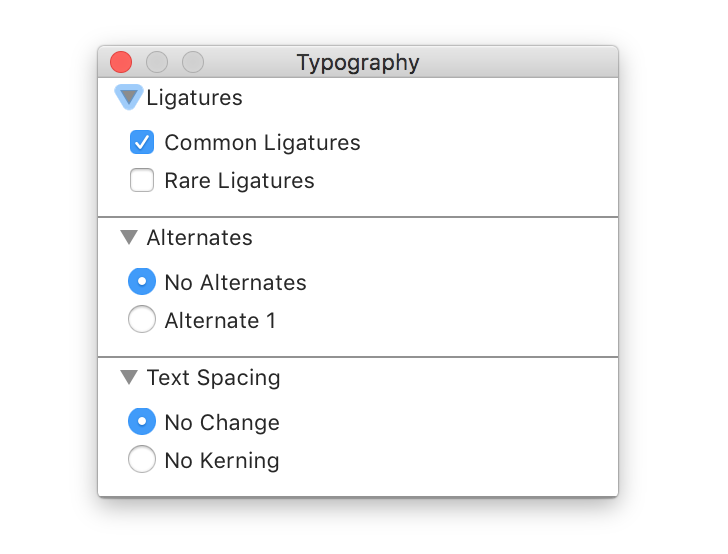 Got any issues when using alternates? Check this article.